If you’re a disciple of fitness YouTube then you’ve probably already heard of Magic Spoon, one of the most referenced brands among bodybuilders, weightlifters, competitive athletes and well, influencers.

Anytime there is this much hyper around a product it’s good to use a bit of measured skepticism because well, very rarely does a product come along that lives up to its marketing hype.

One of the biggest driving ethos of Skinny Yoked is to bring to you, the humble fitness enthusiast, first-hand honest reviews of popular products ranging from snacks like protein chips to custom bulk protein powder brands to even things like protein pasta.

As such I’ve taken up the challenge of trying 6 of Magic Spoon’s most popular flavors myself to report to you, the reserved skeptic, on whether or not they live up to their marketing hype.

Magic Spoon is King of the Nutrition Label

Cinnamon-based cereals are some of the best selling out there, from the childhood favorite Cinnamon Toast Crunch and Golden Grahams to adult alternatives like Kashi’s Warm Cinnamon cereal. I’m a particular fan of Cascadian Farms Organic Cinnamon Crunch as they replicate Golden Grahams well with more whole wheat and oat fiber and slightly less sugar.

It’s not all good news for Magic Spoon though because protein doesn’t matter much if the flavor isn’t at least close in terms of competitiveness. We’ve all accidentally ordered a new protein powder that sucked and had to suffer through gagging it down for a month thereafter..

Well, unfortunately I have to rate the flavor of Magic Spoon Cinnamon Roll as a 5/10, meaning no, I probably would not buy this product again.

It tastes like a very cheap protein bar but in crispy form. I don’t know why but protein companies seem to REALLY struggle with cinnamon flavors, I’m not sure why but assume there is a scientific reason.

Regardless, crunching down on these the granular whey protein is unmistakable. It’s kind of like if you just poured some cheap whey protein on top of your milk and didn’t shake it and just shoveled it into your mouth.

It was so bad that I ended up “cutting” my Magic Spoon with some of my less protein-dense Cascadian Farms Cinnamon Crunch as that actually tasted JUST like the cheap Golden Grahams I loved as a child.

With a ratio of 2/3 Magic Spoon and 1/3 Cascadian Farms the cereal became much more palatable and I was easily able to finish the box. This brings me to my last point of contention, the ridiculously tiny box size.

A single state serving of Magic Spoon Cinnamon Roll is 1 cup and there are a stated 5 servings per box, which equates to 5 cups.

As an adult man weighing around 185 my servings are more on the side of 2 cups, which means I get barely over two meals out of one entire box of Magic Spoon, which is utterly ridiculous.

This isn’t a problem confined to Magic Spoon, all cereal makers, heck, most food manufacturers now are cutting their volume and raising their prices to maximize profit and it sucks.

Cereal manufacturers if you’re reading this, please make bigger boxes. Charge more if you have to, whatever, but these cereal boxes for ants are just foolish.

The only way I’d buy this particular flavor is if I also had a more sugary more cinnamon-rich cereal to mix with it to make it more palatable. By itself the Cinnamon Roll flavor lacked both flavor and texture pleasant enough to make it a viable replacement for legacy cinnamon cereals on its own.

When mixed with something like Cascadian Farms or Golden Grahams though the flavor and texture get balanced out into a pleasant bowl that is still higher in protein than your average cheap cereal by itself.

I’ve got 5 more flavors to try and I’m optimistic others will taste better than this based off other online reviews I’ve read, so stay tuned for more Magic Spoon content! 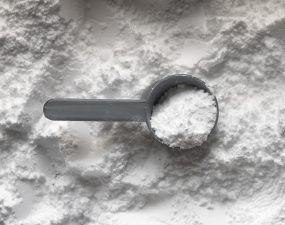 Are you looking to bulk-up? Maybe you’re trying to shed some pounds? Perhaps you just want to live a healthier … 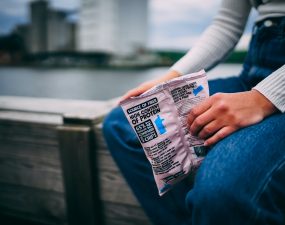 High Protein Chips To Satisfy Your Cravings & Fuel Your Gains

It doesn’t matter who you are. You could simply be in search of a healthier lifestyle, determined to give up … 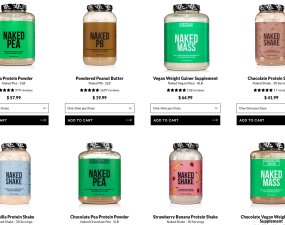 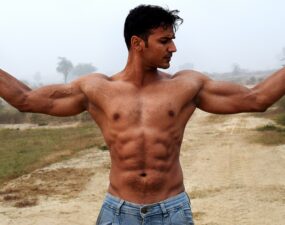 Building Muscles On A Vegan Diet: How To Do It Correctly

Don’t let anybody tell you that it’s “impossible” to build muscle on a plant-based diet. These naysayers don’t know what they’re … 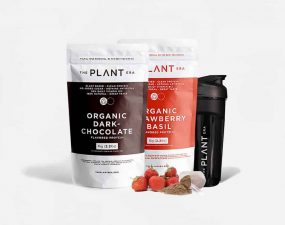 Why You Should Consider Trying Plant-Based Protein Powder

Skinny Yoked has existed now for well over 5 years. The blog was originally designed to document personal fitness goals … 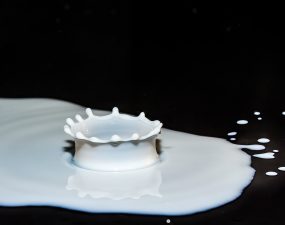 The Best Lactose Free Protein Powders on the Market