It’s not secret we’re big fans of pre workouts here at Skinny Yoked. The rush, the pump, the excitement of cracking open a new tub of powdered chemicals that claim they’ll add 20lb to your bench in as little as 6 weeks!

Of course most of this is marketing hype, but there is no denying the rush a quality dosed PWO gives you.

When it comes to maximizing intensity of workouts over a long period of time to maximize muscle synthesis, PWOs are a great tool for both natty and non-natty alike.

TL;DR: BB.com’s very own house-branded PWO ain’t bad at all. Solid ingredients, solid flavors and if you get it on sale, solid value per serving. You can order yours direct from bb.com here.

Can BB.com Make a Quality PWO?

Anyone who has used a Muscletech product in the last decade knows what marketing hype looks like. Heck, anyone on Instagram or subscribing to Men’s Health type publications gets inundated with it on a regular basis.

From outrageous claims about the amount of muscle mass you can put on to “breakthrough” ingredients that make supplements on par with anabolic, the amount of over-hyped claims is an entertaining, yet endless rabbit hole of disappointment. 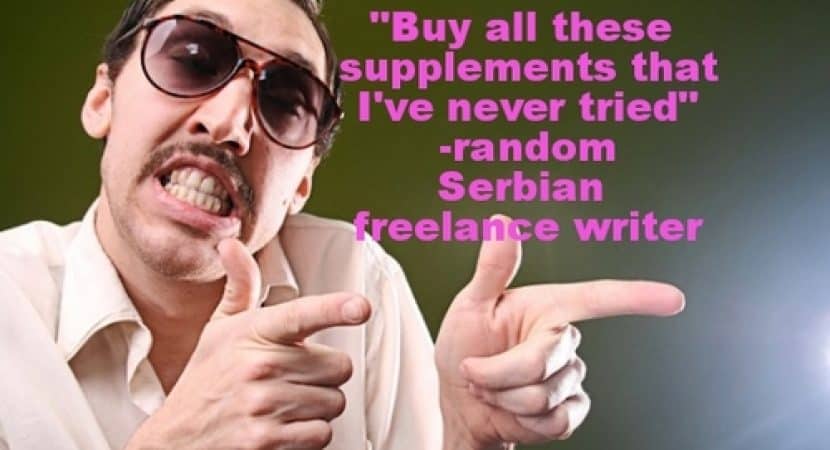 This isn’t to say that is a bad thing. Lots of people love the hype. Who doesn’t like shiny holographic labels on their supplement jars? We certainly do.

All we’re saying is when we heard that Bodybuilding.com was releasing their own in-house preworkout we were expecting some serious fanfare.

Then a funny thing happened. We forgot all about it. Fast forward a year and only when browsing top sellers did we finally remember BB.com was making their own products.

Did they really launch their PWO and we completely miss it? How could that be?

Contrary to our expectations of an over-hyped, mass-marketed, under-dosed, proprietary blend Bodybuilding.com quietly pushed out a very subtle, very basic, yet very effective PWO right under our noses.

From the label, which is just white and baby blue, to the description, this product is all about subtly. It makes sense, with a brand as big and well-known as bb.com you don’t need gimmicks to sell product.

It was smart of them to leverage their brand authority by going with simplicity and authenticity in their product design. 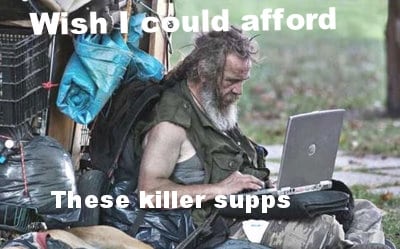 This is similar to what Omar Isuf did with his PWO, which was crowdfunded to huge success because of it’s simplicity and transparent labelling.

So, BB.com pulled a fast one on us, releasing an under-hyped product that flew completely under the radar.

Cool story bro, but we’re not professional marketers and we don’t care.

What we care about is the quality. How’s the buzz maaaaan?!

Ingredient profile has *almost all the things we’d want in a PWO, dosed at very respectable amounts. 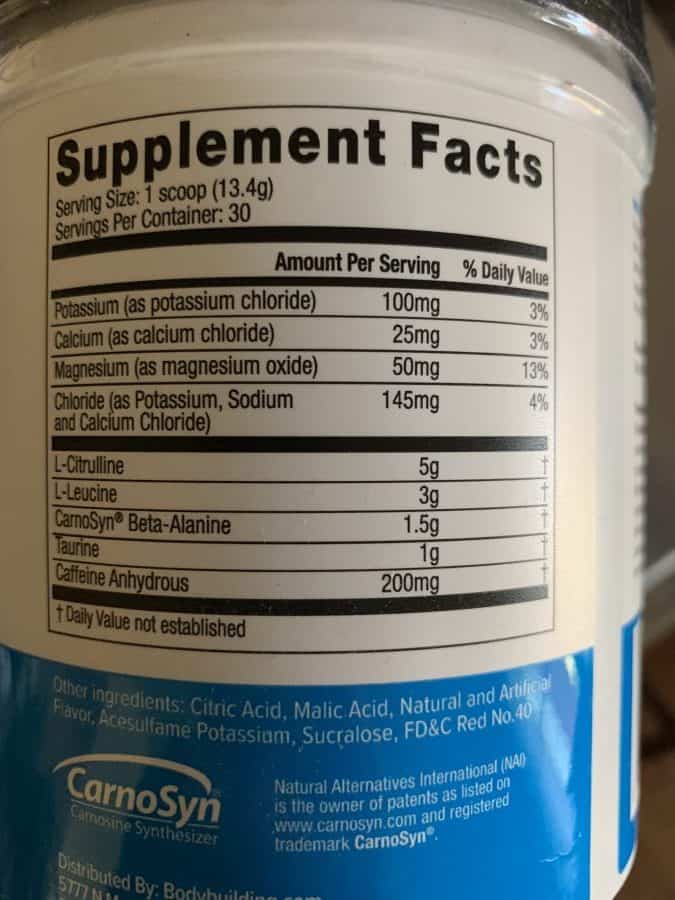 It has 5grams of L-Citrulline, which is a effective dose, and it is the quality citrulline, not the cheaper and less effective citrulline mallate found in other cheaper products.

It has 3grams of L-leucine which is cool as it is the most anabolic of the aminos and 3 grams is pretty generous.

It also has 1.5 grams of everyone’s favorite skin-tingling beta-alanine. We like dosing this upwards of 3 grams but 1.5 is still more than many PWOs are offering today.

There is also taurine and caffeine for that required energy boost and an array of minerals like potassium, calcium, magnesium, and chloride which is great for extending the duration of those long grueling workouts.

Outside of some flavoring and coloring that’s it. No “Supermax-glycerol 5000 DPT” or whatever is being hyped now as the next miracle chemical. BB.com Signature is just the basics, but they are good basics.

Ok, so we know what’s in it, how’d it actually work out in real life testing?

If you take supplements for 5+ years you kind of stop caring so much about flavor because if you’re not rich, you often find yourself drinking some pretty nasty stuff, from cheap PWOs to cheap protein and everything in between.

However a lot of people actually care quite a bit about flavor so we’ll indulge.

We ordered fruit punch. Why? Well, generally speaking it is considered one of the safest “fake flavors” you can get.

Things like watermelon or cotton candy can vary widely in how realistic they taste.

The fruit punch was alright. It has a very slight cough syrup flavor, but we actually like the taste of cough syrup so this was a plus.

Flavor was definitely better than some other natural preworkouts like kratom for example, which is great for sustained energy and focus, but ingesting it is just a foul situation and a big turn off for many. Flavor is important when it comes to pre-workout energy.

Opening the jar right away we knew this was going to mix well. You can tell because things are micronized. You know it will mix well when a cloud of it escapes when you open it because the particles are so small.

Sure enough, this was a very fine powder with zero chunks or grains. It dissolved almost instantly in our little shaker cup, and the cup only had a mesh bit on the top, no loose whisk balls so this is very commendable.

Upon finishing it we didn’t see any chunks or grains at the bottom, which is pretty amazing as we have seen that happen in other popular PWOs we like such as Betancourt’s B-Nox and Musclepharm’s Assault Black.

Thus we’d put the mixability on on par with PEScience’s Prolific, which is our gold standard at the moment for how a PWO should be.

Everyone has different preferences when it comes to energy. Some people want a slight pick me up to help motivate them to just get to the gym. Once they get their and get in the zone then stimulants aren’t so necessary. For these type of people something like Optimum Nutrition’s Amino Energy is plenty sufficient as a PWO.

Other people on the other hand like to tweak the fuck out when they go to the gym. These people are looking for a PWO that makes enables them to tap into their inner animal and go absolutely ham in the gym.

The type of PWO that fits this category is GAT’s Nitraflex.. which we feel like must have something akin to PCP in it because every time it takes us to the next level.

BB.com’s Signature series fins a sweet spot between the low and extreme ends of the PWO energy spectrum. The caffeine is dosed at a very reasonable 200mg and there is a whole gram of taurine to compliment it and work in synergy to give you a pick me up.

In practice we felt this energy more in the form of increased focus. We didn’t get shaky and didn’t feel like we could walk through a brick wall like we do with Nitraflex.

It was though more powerful than Amino Energy.

There was not much of a noticeable pump. We don’t fault the PWO for this as it is not it’s intended purpose and the very basic ingredient profile confirms that.

We did have a solid workout, energy and stamina were all there, and there was a light pump but that was more the result of higher volume lifting than it was the PWO in our opinion.

For a big pump we’d recommend looking specifically for a pump product like PEScience’s High Volume, which is pretty much the gold standard these days in caffeine-free pump-inducing blends.

So how would we summarize bb.com’s Signature PWO? Well, we were pleasantly surprised, and that is a lucky thing because we bought 3 tubs of the stuff.

The greatest aspects of this stuff is both it’s simplicity and it’s price.

Each tub has 30 servings and is selling for $27.99 on bodybuilding.com, making it one of THE most affordable PWO’s on the market with effective dosages of citrulline and beta-alanine, which are expensive chemicals and the reason why many brands under-dose them.

To make this more of a steal BB.com regularly runs promotions for their products. We got ours on a buy 2 get 1 free discount.

That free tub made this the cheapest PWO we’ve bought in a long time, with citrulline and beta alanine doses matching PWO’s nearly double the price.

So, if you are a PWO addict and are taking this stuff on the daily but aren’t a millionaire then you might want to look into this Signature series as it is hands-down the most cost effective pre workout supplement on the market that we’ve found. 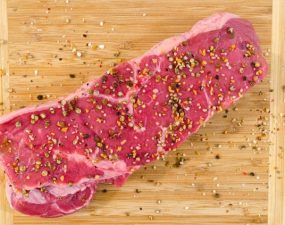 We all know that resistance athletes, both bodybuilders and weightlifters alike, need to consume more protein in their diet than … 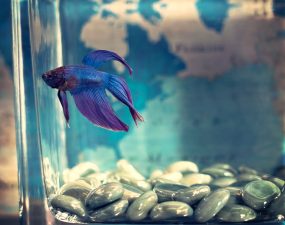 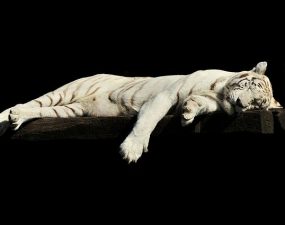 Top 5 Supplements for Recovery and Sleep

There’s an old adage that stresses fitness is 80 percent diet and 20 percent exercise, and while that equals 100 …

What To Look For When Shopping For a Creatine Supplement